Maria Pendolino is the AC radio imaging talent you've been looking for!

Maria Pendolino is a professional voice actor with years of experience in radio imaging. Whether you’re launching a new radio station on AM, FM, or satellite radio, or you’re giving your longstanding station a refresh, Maria would love to help bring your creative vision to life.

If you’re like millions of other Americans, chances are that you’re a fan of “adult contemporary” or AC music.  Although this genre sometimes gets a bad rap for being cheesy or overly emotional, this is not actually a fair impression to have—adult contemporary actually consists of a wide range of songs including beautiful ballads and some of the most popular songs of all time (U2 or Whitney Houston, anyone?)

“Radio imaging” refers to all sound clips that play in between radio programs, whether it’s an announcement, a show introduction, or anything else. Here are some terms that you may see getting thrown around in the world of radio imaging lingo: 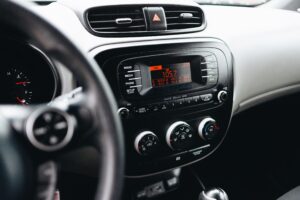 Intermittent announcements, which play in between shows or segments

Promos, which may advertise a contest or promotion

Music beds, which features speaking over the sound of soft music

Jingles, which are advertisements in song form

Sweepers, which are brief announcements used to identify a radio station’s name

Drop-ins, which uses a famous clip (oftentimes from a tv show or movie)

Stringers, which are over-the-top sound effects used to “punctuate” announcements

Liners, which serve as a quick introduction to a program

Drones, which are sound effects used to create anticipation

Listener voices, where a listener is used to announce a show

What is the importance of Radio Imaging? 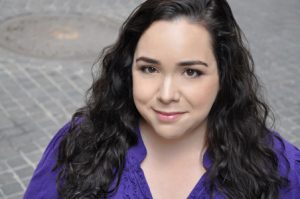 Radio imaging does more than just inform your listener of which programs are on air and what promos your station is running (though all of these things are useful). They also help promote the brand image of your radio station—something that, when done correctly, hooks new listeners and keeps repeat listeners coming back.

Maria’s clients describe her voice as friendly, soothing, and accessible, but as a vocal chameleon, she can deliver whatever sound you’re after. Not quite sure what’s best for your station? Maria is happy to collaborate with you to find a radio imaging tone that perfectly hits the mark.

What is AC Radio and Radio Imaging?

AC radio, like the genre itself, can be difficult to describe. It may seem strange to have the word “adult” in a music genre, but it makes sense when you consider the genre’s roots.

When top 40 radio was first gaining popularity in the 50s and 60s, it was largely attracting an audience of teenagers. Adult radio listeners of this time were largely not into the rock music of the time and didn’t pay much attention to top 40 channels.

Of course, teenagers don’t stay young forever. When the teenagers of the mid-20th century grew up, radio programmers tried to keep up with their evolving tastes by developed “adult contemporary” radio stations in the 80s and 90s. These stations largely played soft rock and pop music (which could also be described as “easy listening”), they also threw in segments that the typical adult would be interested in, like news, weather, and traffic updates.

Today, AC radio stations are likely to play a combination of hit songs from the 80s and beyond. They may feature some form of a slogan like “hits from the 80s, 90s, and beyond”, but their focus is largely on soft music that is at least ten years old. AC radio remains immensely popular, second only after talk radio in 2019.

Why choose a professional voiceover actor for your radio imaging?

With more than ten years of experience in the voice acting industry, Maria Pendolino is the perfect choice for your radio imaging gig. With a friendly, youthful, approachable voice, Maria has experience providing radio imaging for a variety of radio genres—including adult contemporary.

To get a sense of Maria’s style, check out her demos. Or, better yet, request a live audition of her saying an important station slogan—maybe her voice will be the exact sound that your listeners are looking for.

Maria Pendolino is a an award-winning voice actor whose work has been featured both nationally and internationally. From commercials to medical narration, corporate narration, movie trailers, telephone systems, e-learning courses, and beyond, Maria’s bright and warm vocals have been heard by many ears.

With a background in both musical theater and formally trained as an actor, Maria understands the complexities that go into voice acting and is happy to lend her talents to radio imaging services. As a self-employed freelancer, she operates a home studio which gives her the ultimate flexibility when it comes to taking on new work. Get in touch today to see how Maria can help you bring your radio imaging to life.