Get Results with Political Voiceover (Democrat)

As a professional voice actor, Maria delivers political voiceover spots for progressives and the Democratic Party. She offers a trustworthy, passionate, millennial sound. Her voice has represented: 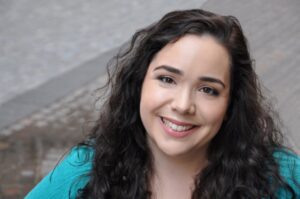 In addition, Maria was honored to win two Reed Awards in 2020. The category was “Best Use of Voiceover Talent.” She was awarded for her work on Judge Jill Karofsky’s Wisconsin Supreme Court campaign. She was also nominated in 2019 for a progressive mayoral campaign in Florida.

Maria can provide voiceover for national, state, and local political spots. Whether your race is for the Senate, House of Representatives, Governor, State Senate, Mayor, or another local office. Maria can also provide skilled, experienced voiceover for:

Maria understands that the political news cycle moves quickly. You may need a lightning-fast turnaround. When you call or email her to get the process started, let her know what deadlines you’re working with. She is often able to send in voiceover files on the same day. Weekend and holiday rush voiceover jobs are also possible. As a self-employed professional, Maria has complete control over her schedule and can offer very flexible timelines. 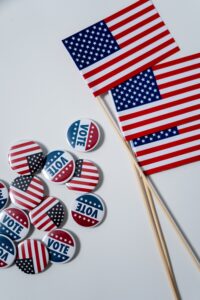 Luckily, Maria is also skilled in a variety of accents to help your political spot appeal to local voters and demographics:

An authentic, conversational voice talent is key to reaching voters and cutting through the noise. Maria is passionate about progressive political issues and eager to drive change in our world.

There was a healthy voter turnout in the 2020 federal election. However, the United States still boasts a lower voter involvement than many other countries in the developed world. With every nail-biting election that passes by, it’s important to help Americans understand the power of their vote.

Fortunately, the friendly and trustworthy voice stylings of Maria Pendolino are an influential way to convince hesitant voters to get out to the polls. With a casual tone that sounds as if a friend is talking to you, Maria comes off as confident and persuasive—everything you want in a political spot.

The Importance of Political Campaign Spots 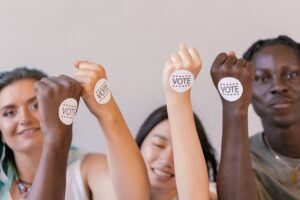 Another interesting finding from the study was that these positive ads can be most influential in areas where the advertised candidate is winning or trailing by a large margin. While it may be tempting to avoid advertising in areas your candidate is unlikely to win in, focusing on this area would actually be the most strategic thing to do.

A Voice Over For Mission-Driven Non-Profit Organizations

Maria Pendolino is proud to lend her voice to the hardworking progressive candidates passionate about bringing positive change to their communities.

Voiceover for Non-Profit and Mission-Driven Organizations

The time for social change is stronger than ever. Maria strives to provide competitive pricing and can offer discounts to 501(c)3 non-profit organizations. Maria is passionate about lending her voice to get your mission heard from far and wide. 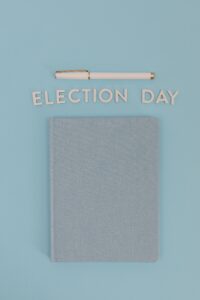 If you’re working on a political campaign, chances are that you have a long list of other priorities to focus on. When you work with a professional freelance voiceover artist, you don’t need to worry about booking time in an expensive on-site studio. Instead, all you need to do is send in a request for the voiceover work that you need to be completed. The professional voiceover actor will take care of the rest. And you can direct me via phone or video call if you’d like.

Maria Pendolino operates her own professional recording studio in her Buffalo home. From here, she can deliver broadcast-quality recordings with a speedy turnaround.

Listen to Maria’s demos to determine if her voice is the right fit for your project. Or, if you prefer to hear what Maria’s voiceover would sound like on your particular script, you can request a live audition.

Are you working on the team for an upcoming political ad campaign, or have a political message that you need help spreading? Connect with Maria today to get a quote for her political voiceover services!

Maria Pendolino is a professional female voiceover artist that is experienced in delivering voiceover for political spots. Maria works exclusively with candidates, campaigns and ballot issues that align with the Democratic Party and progressive values. Maria also works with mission-driven organizations and NGOs around the world to communicate their messages to supporters and elected officials. If you’re looking for a convincing and confident female voiceover for your political advertising, consider Maria Pendolino as a top choice.

Whether you’re producing a comparative or “attack” ad, a positive “image” ad or collecting voices to act as citizen testimonials, Maria’s signature performance will ensure that your candidate or ballot measure is successful in any upcoming elections. Maria records from a dedicated broadcast-quality home studio and is available day or night for lightning-fast turnaround for your political voiceover needs.